Hero Factory is a celebration of the multi-talented Ekuanot hop variety, renowned for its impressive range of tropical, soft fruit, citrus and pine character.

To fully demonstrate the intensity of Ekuanot, we’ve pushed Hero Factory to 7.5%. It’s the right thing to do. Here at Wild Weather, Ekuanot is one of our favourites, and over the years we’ve brewed many beers that utilise it.

In the beginning, there was False Sense of Security, a 4.5% DDH Ekuanot pale. We concentrated the Ekuanot addition in the dry hop, and found the finished beer sang with aroma of ripe pineapple.

In more recent times, the revised Storm in a Teacup recipe now contains Ekuanot as a late addition in the kettle, allowing the cold-infused Earl Grey leaves to finish the job. Here, Ekuanot exudes bitter lemon and pine character, due to the hot treatment and biotransformation during fermentation. 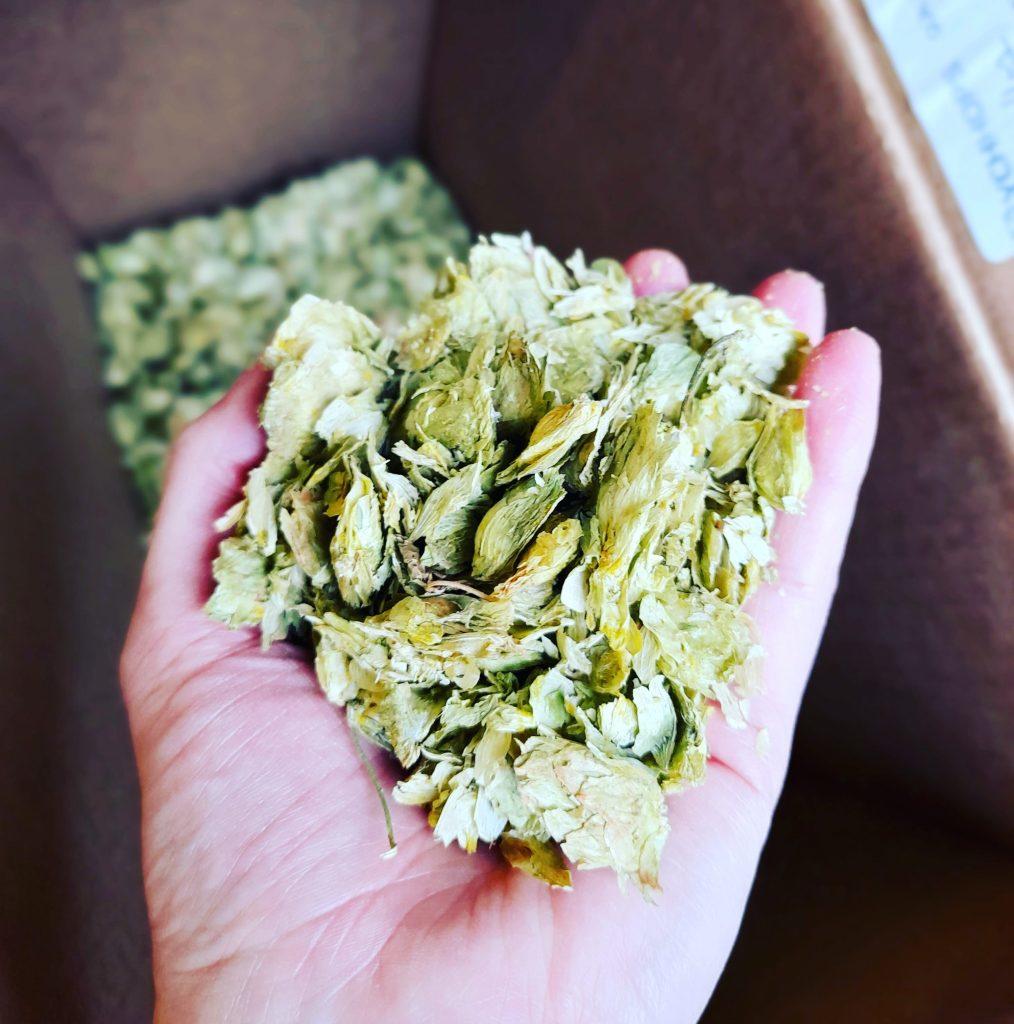 As a full blown bittering hop? That’s a bit scary, and if you’re into that kind of thing, then fair enough. We’ve used small amounts in various IPAs, but in our experience, this is where you have to hover your foot over the brake. Ekuanot possesses such an incredible capacity for bittering (14.5-16% Alpha Acid) that it can easily overwhelm the palate, leaving the tongue coated with pithy bitterness, like dried orange peel. You won’t find many beers aggressively bittered with it. If you do, maybe save that one for the end of the night; you probably won’t taste anything else afterwards.

Hero Factory brings together all we’ve learned about brewing with Ekuanot into one beer, and combines our favourite aspects of this special hop variety.

The way I like to describe our technique here is as a crescendo of Ekuanot. We start quietly at the beginning of the boil with some token quantity to provide the necessary IBUs, and layer in slightly larger amounts as we cool the boiled wort and transfer to the FV. During the early stages of fermentation we nudge it a little harder with some Ekuanot dry hop, allowing these to mix with the active yeast; thereby transforming some of the harsher aromatic compounds into softer, more strawberry-like tones. As the beer gets near packaging, it’s a full-on Ekuanot armageddon in there. We build up increasingly larger charges of dry hops to maximise the aroma, and then swiftly trap it in the can.

A little background on the variety itself – it was released in 2014 and developed by HBC (Hop Breeding Company, Yakima Valley, USA); the same breeding programme in the states that brought us Citra (HBC394) and Mosaic (HBC369). Originally marketed as Equinox (HBC366), a bizarre legal battle followed thereafter on the grounds of trademark infringement, ultimately resulting HBC renaming it Ekuanot – just different enough to get away with it. In recent years, the same group have given us Sabro (HBC438) and Talus (HBC692), and we’re aware of many other varieties that as are yet unnamed. With so many of the now famous US hop varieties coming from HBC, Hero Factory just seemed an apt title for this beer that captured our admiration of their work. 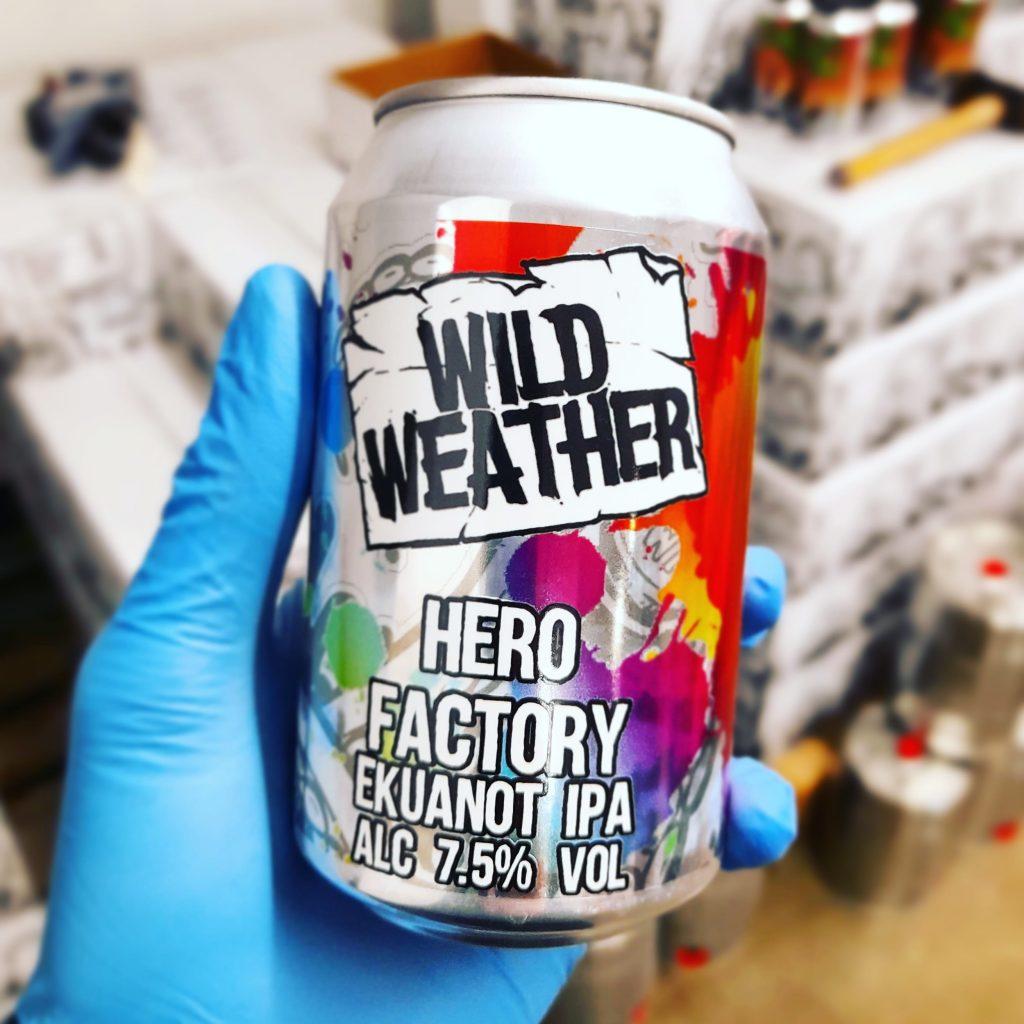 A Short Primer on ‘Hop Varieties’:

There’s a lot of jargon in the brewing circle. If you’re new to the idea of hop varieties, perhaps the most relatable way to describe them to people is to compare hops to roses. There are many varieties of rose and you don’t have to be an expert to identify them, despite their differences.

There is a busy community of enthusiasts, breeders, and growers, and the roses themselves may be tall, short, early or late flowering, and may vary greatly in aroma and appearance. When breeders develop something special, it often gets given a name to identify it: ‘Golden Celebration’, ‘American Beauty’, and the famous dark red ‘Mister Lincoln’ are but a few examples.

Hops are much the same, but their uniqueness comes in their application to the brewing process. Apart from nominal differences in shape and size, they are all green, and look broadly the same. Breeders concentrate their efforts in developing new varieties that are capable of creating exciting new aromas and flavours. Many of the new hops coming from the US share similarities in their ‘oil content’ with tropical fruits, quite literally and naturally producing the same aroma compounds as say, a mango might do. 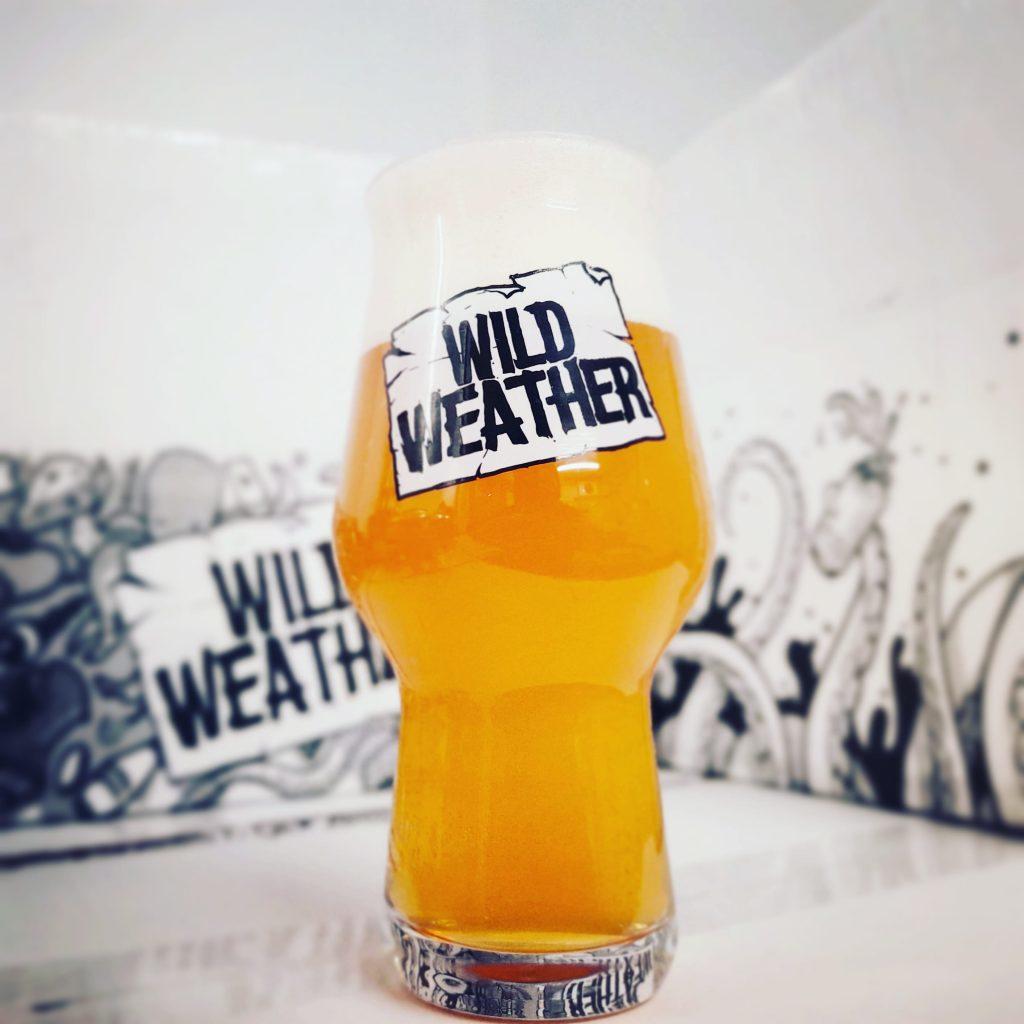 Successful varieties go through a trial process, eventually receiving names and trademarks by their breeders.

Unlike roses, the eventual appreciation of all this work comes in the drinking of the beer rather than the passive appreciation of the flower. So, it is up to the brewer to choose how to use these hops; do you combine them with other varieties to create a complex profile, or as we have done with Hero Factory, do you use them alone to showcase the particular and unique qualities?

When to add in the process is important too – early boiling of hops drives off the more ephemeral aromas, but retains the bitter component. Dry hopping (adding extra hops to the fermenter) gently infuses the less stable, aromatic components, but doesn’t extract appreciable bitterness. Of course that is an over-simplified description, but the basic idea stands. Some hop varieties are better at one job that the other, so, often a combination of varieties are used to fill out the profile, creating a balanced beer with appropriate bitterness for the style, and a complex flavour and aroma.

A ‘single hop beer‘ then, is one that makes use of just one variety for all the jobs. The standard thing to do is to produce a 4% pale ale, singly hopped with a variety of the brewer’s choice. This invariably results in very palatable, easy drinking beers. Another way of doing things, as with Hero Factory, is to create strong IPA singly hopped with a variety that needs no backup. With Ekuanot, it’s like giving the star musician a solo show, but multi-tracked with all the other instruments he or she may play. Step aside backing band, Ekuanot has just released a solo album.