Imagine a dream, where you leap from the diving board into a giant bag of sour peach loops. As you float towards your target in perfect pike position, the intoxicating smell of peaches and crystallised sugar rises up to meet you; lighting up your brain with memories of sweet shops and pick and mix counters. SPLASH! …What? You’ve landed in liquid?

As you breach the surface, you swallow some. Hold on… is this… beer?

Well yes, imagination aside, Peach of a Weekend very much is a beer. It is technically a beer. One of the stalwarts of the Wild Weather range that really did put us on the craft beer map, it has remained alongside the likes of Shepherds Warning, Storm in a Teacup and Damn Dead Strawberry as an immovable object since 2017. Y’all keep buying it, so we keep making it – and the recipe hasn’t changed since its inception.

Peach of a Weekend was a landmark in the Wild Weather brewing records, firmly marking a transition that the brewery made from making predominantly traditional English ales, to stepping blinking into the bright light of the craft beer scene. Before my time at the brewery, Mike and Iain began making inroads into this side of the industry, developing a recipe that has ultimately proven to be a fan favourite that just keeps being asked for. As obliging brewers, we keep on brewing it in response.

Let’s start with what I like to call ‘the jumping off point‘. What is the primary inspiration for the flavour of this beer? What exactly is it that you want the drinker to think, when they take their first sip of Peach of a Weekend? The answer? Sour Peach Loops. That’s right, the sweets. 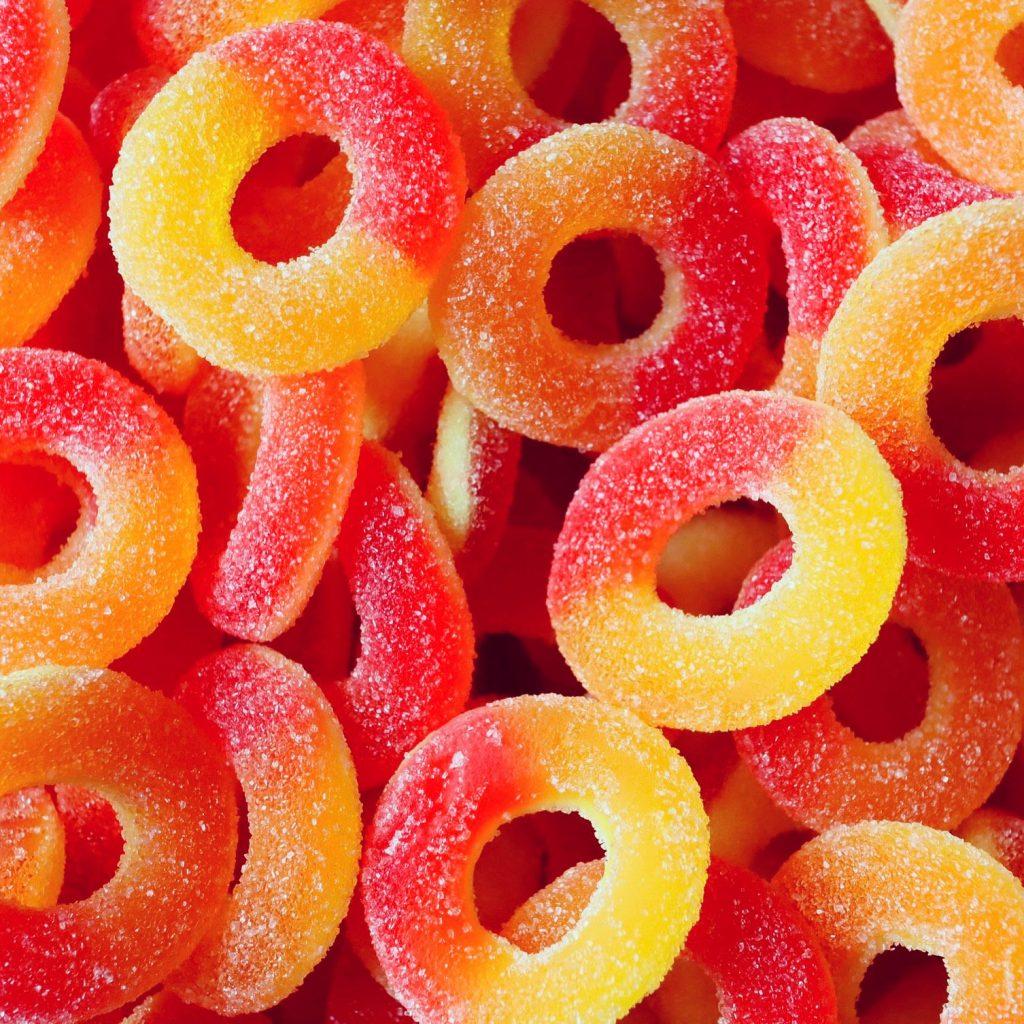 Looking at the ‘sour’ aspect of this, we know that in brewing that there are many ways of deliberately making a beer turn sour. Popular sour styles such as Lambic, Gueuze and Berliner weisse all rely on bacteria and to an extent, wild yeast, to produce the necessary by-product of lactic acid (among other, lower concentrations of natural acids) to bring the pH down. To varying degrees, all of these styles carry extra flavours that simply do not belong in a Sour Peach Loop. Sorry bacteria, you may be pretty good at making lactic acid (which is what we want), but none of your funky friends are invited to this particularly party.

When it comes to meeting the expectation of the consumer, you must first look at where they actually consume your ‘jumping off point‘ – bags of sweets! Be mindful in researching the manufacturing process of your inspiration and you’ll soon find that the right thing to do is not to overcomplicate things; just do as the sweet producers do, and apply that knowledge to the manufacture of beer.

This translates into beer-making as a careful introduction of food-grade lactic acid, post fermentation. It is monitored with a pH meter to achieve maximum consistency batch to batch, and for the chemically minded amongst you, this falls only just short of a titration exercise minus the burette. (Note to self: commission a burette, shaped like a yard glass, for ‘brewery purposes’). Just as in sweet manufacturing, a small amount of citric acid is added to the final product to round out the overall impression, hitting the main flavour peaks and ultimately creating a very clean-tasting sour beer. 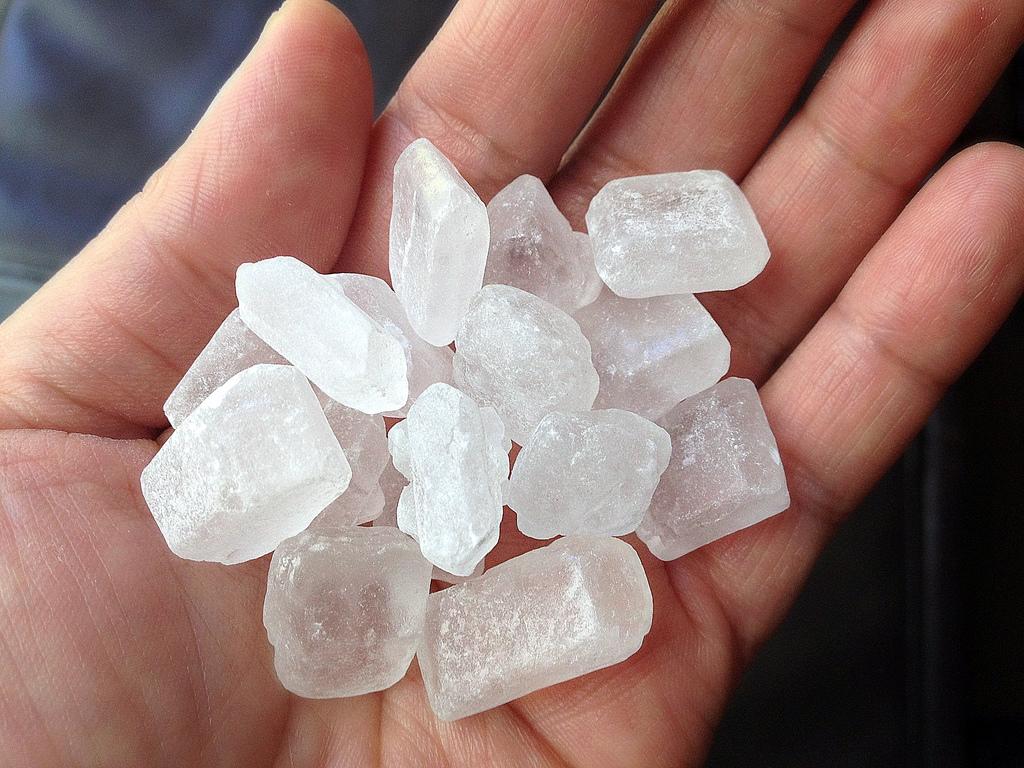 What about the peaches in Peach of a Weekend? Well, there are occasions where using real fruit is very much the way to go in brewing. The only thing I can say here is to not lose sight of that original jumping off point once again. You are, at the very basic level, looking to tick a box in the brain of the drinker, and if that box is derived from confectionery rather than real fruit… you must accept that naturalising or overcomplicating the recipe would surely lose sight of that aim. I think it’s unlikely you’d find a single peach in the peach loops factory unless it was by accident; so as a result, a carefully chosen, concentratedpeach essence is used in this case. Clearly, there is a time and a place for this kind of technique, and provided it is in no way a cop-out on using fruit purée or strictly natural ingredients, I’m always happy to use a good quality essence when the recipe calls for it. The jumping off point for Blue to a Goose (our BrewDog Oxford Collaboration) for instance, was a fruit smoothie/ American diner milkshake, and therefore, as appropriate, leaned heavily on massive amounts of blueberry purée. 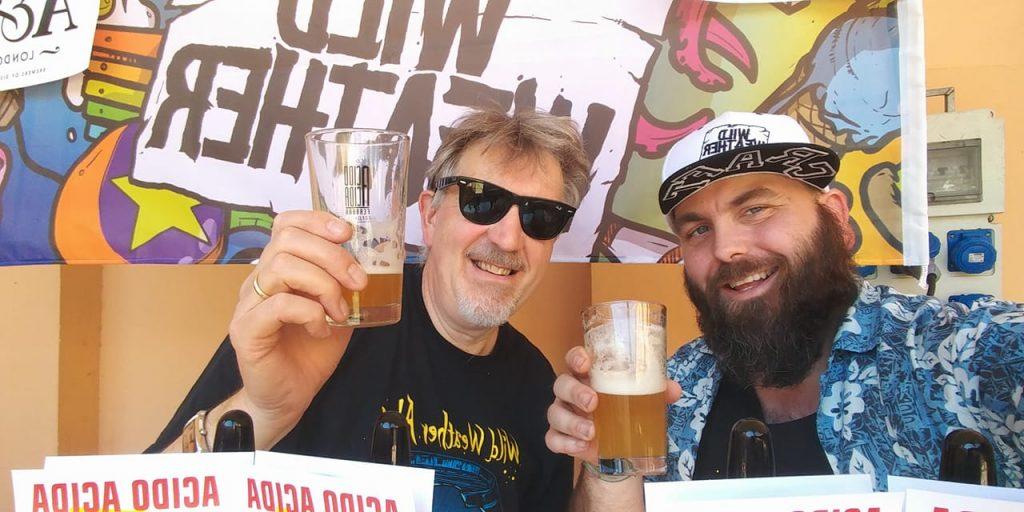 During recipe development, it became a mission of both Mike and Iain to seek out a quality peach essence that made the best match with peach sweets, and work it into the production of a beer instead of a sugary treat. There is a quite staggering selection of different manufacturers out there, and one soon realises that not all flavourings are created equal. One often finds that there is no sole supplier of high quality extracts and essences – they all have their individual hits and misses and it is the job of the brewer to find those successes, and weed out the failures.

Of course, they got it right – after experimenting with different manufacturers, dosing at varying rates and manipulating a mostly Citra hopped base beer, we’re left with Peach of a Weekend: Yet another of our beers that just makes you smile. This Peach Sour gently tingles the tongue and lights up the brain; sending you right back to that dream of diving into the bag of Sour Peach Loops. 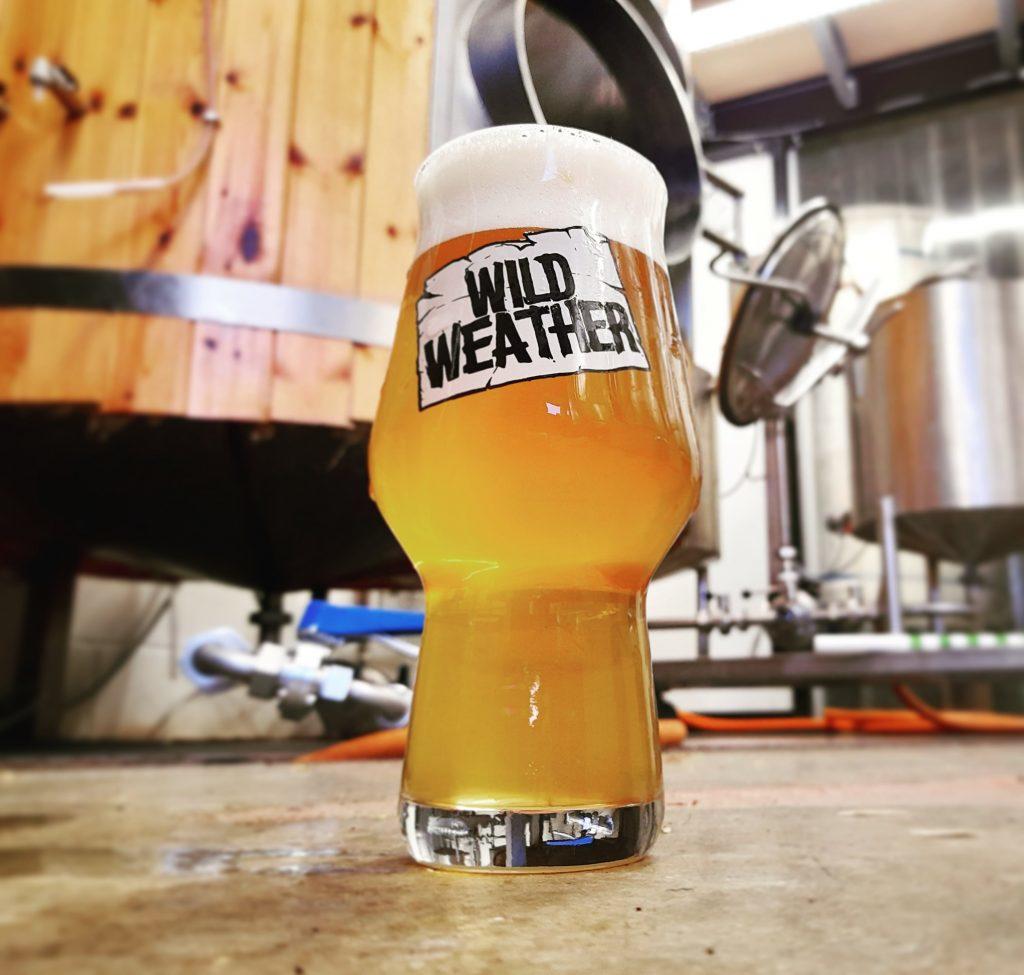