The word 'lager' means to store. Lagers develop and improve slowly and at cold temperatures; so they require long-term cold storage in order to be at their best. Before the advent of refrigeration, winter was used as the means by which to mature particularly strong lagers such as 'Bock' and its stronger brother, 'Doppelbock'.

In Germany, these beers were traditionally brewed in winter, cellared through the cold months, and cracked open in Spring to celebrate the both the passing of the darkness, and the emergence of the light.

With this in mind, we present to you two beers that follow this traditional practice:

A World About to Dawn - 7.8% - Helles Bock (paler variant of brown German lager)

The Night That Ends at Last - 9.4% - Elderberry Doppelbock (fruited variant of 'double bock')

Brewed back in December, both of these special releases have been biding their time in the Wild Weather cold room until the dawn of Spring (officially, the 19th March in the UK) when they can finally be released. Appropriate cold maturation is something we really believe in here when it comes to producing lager, and it has been a labour of love monitoring them both as they develop and improve.

The first of these beers represents the advent of Spring. A World About to Dawn is a Helles (GER: bright, light in colour) Bock, sometimes known as a Maibock or a Lentebock, owing to the tradition of opening and enjoying them in the spring.

Bock beers are usually auburn to brown in colour, but this is more of a bright amber. For those not familiar with this style, it can be thought of as an imperial variant (in this case, 6-8%) of the typical Helles Lager (4-5%).

In principle, it is a strong, maltier variety of lager with notes of bread, light caramel and at its heart, balance. At nearly 8%, it carries some extra sweetness and body, helping to smooth out the profile. As always, we use a proven yeast strain of German origin, that in the absence of lots of hops and adjuncts, really demonstrates its ability to produce clean tasting and refreshing lagers.

This is the first beer that Matt, who these days runs the majority of our regular production and packaging, has designed and executed. Cheers Matt! 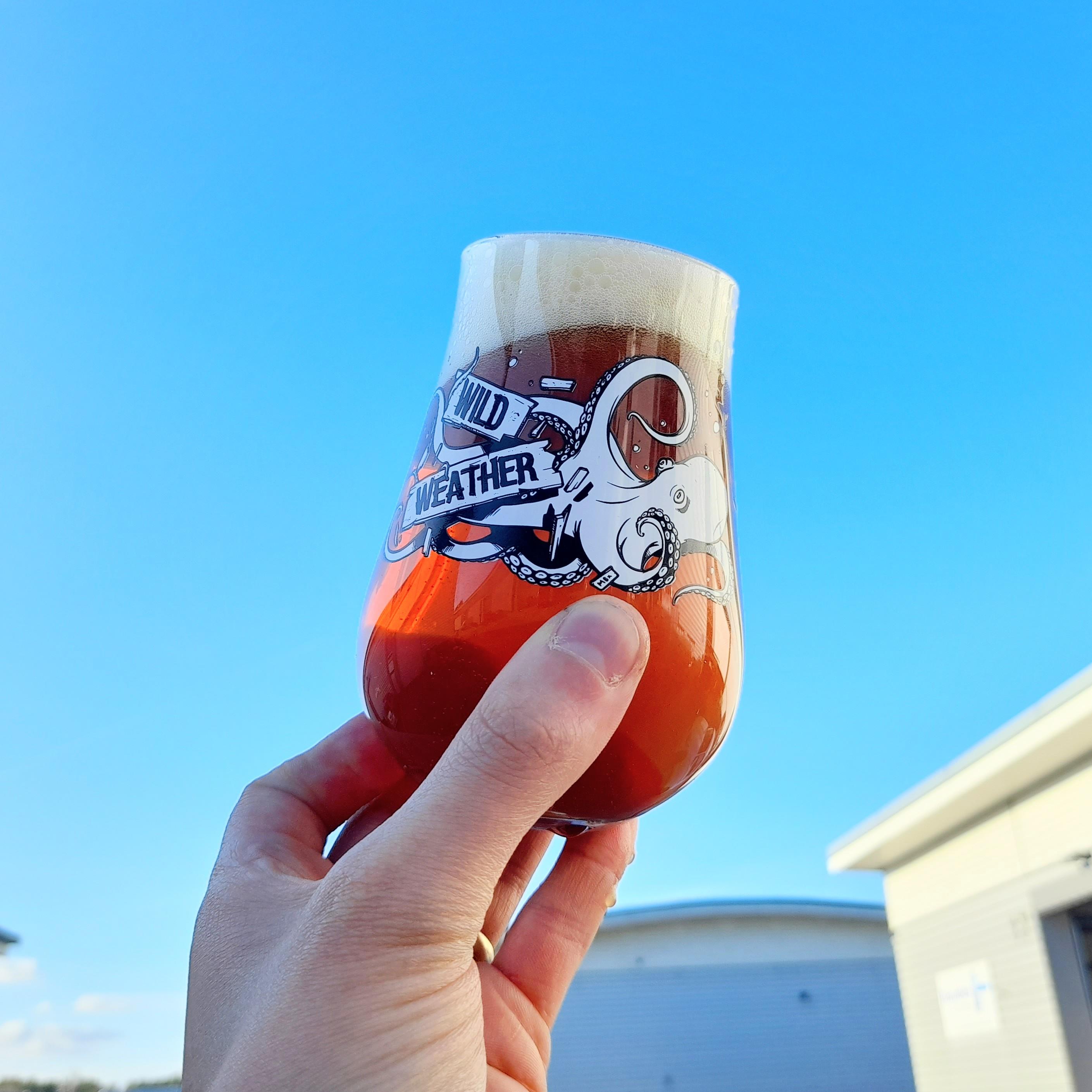 Secondly, is the The Night That Ends At Last. For us, this beer represents the colder months; packaged into an ice blue can and containing fruit from the October 2021 harvest. The ingredients mark the start of winter, but the release of the beer marks the end as we transition back to fairer weather.

Doppelbock (GER: ‘double bock’), as you may imagine, is the stronger version of the traditional bock; and with that strength comes an increased perception of maltiness, toffee-like character and roasted notes. If you are the kind of person that laments the darkness and colder weather, this beer is for you. It is truly a celebration beer to be savoured, after making it through to the lighter evenings once again.

In Germany, there is a loose tradition of ‘fruited doppelbocks’, but these are almost always cherry varieties (‘cherrybocks’). For us, Elderberry was the natural fit for this project as a fruit that straddles the line between autumn and winter. It has a naturally dry, subtly tannic and deeply fruity profile that seemed to match our base doppelbock perfectly. 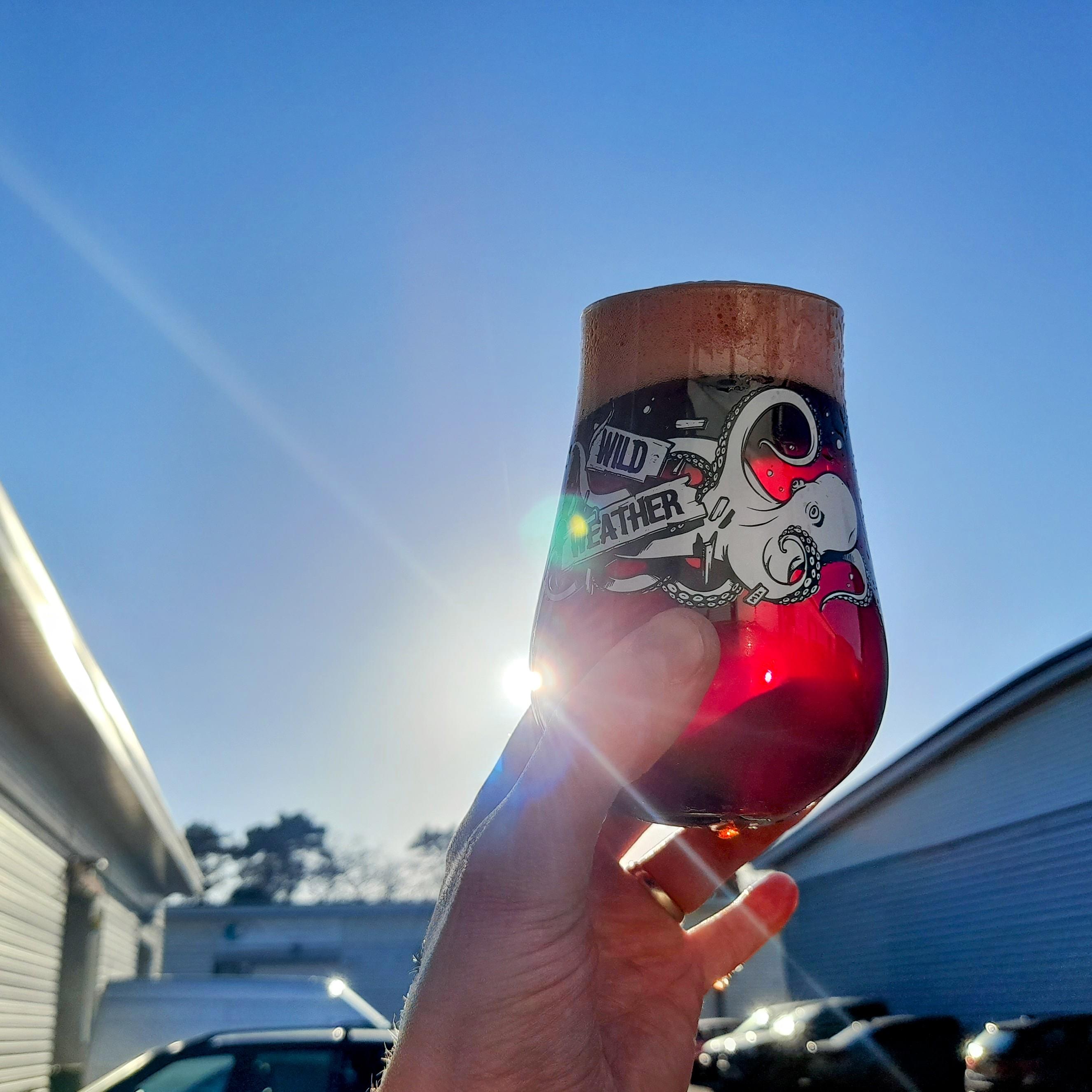 What we have in the end is something of a duelling dragons scenario, with the dry and complex elderberry wrapped inseparably together with the sweeter and more robust nature of the doppelbock; an initial clash of opposites that, after cold maturation, eventually yield to each other and become one.

We hope that after a difficult winter, you’ll all join us to raise a glass to the changing of the seasons, and enjoy a few special releases from the Wild Weather cellar.